Bad propagation this morning, but I did understand "Passage II" was just rounding the arch at Cabo San Lucas!
I thought they were going into San Jose del Cabo, which would mean another 20 miles of motoring, but they want to get in, get anchored and go out and have a celebratory dinner! 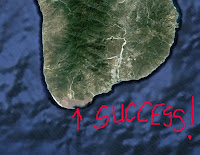 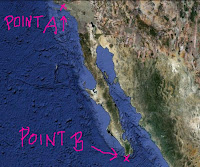 So congratulations to Jim C., LLLLucy and Jim D. for making it from Point A, Ventura, Alta California to Point B, Cabo San Lucas, Baja California Sur!

With only a few sidetracks.
One, a summer in San Diego for health stuff .

Two, a few weeks in Ensenada after catching a 3/4" long line on their keel in crap 35 knots of wind and some strong seas ~ same time as the J-World boat hit a whale and sunk ~ and doing an accidental gybe and ripping the gooseneck out of the mast.

So success for them!

And me?
Besides being cold? 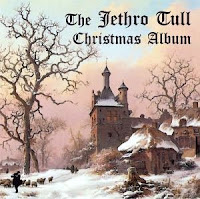 "Last Man At The Party"

Sister Bridget by the stair... a glass of wine and she's almost there.
Cousin Jimmy at the door... another beer and he's on the floor.
Friends and neighbours come around,
waste no time we're heaven-bound.
But not before we raise a glass to good camaraderie.

Stinky Joe from down the street fell right over his own three feet.
He's doubled up in the outside loo, to taste again the devil's brew.
Friends and neighbours come around,
waste no time we're heaven-bound.
But not before we raise a glass to good camaraderie.

So make yourselves jolly under mistletoe, holly and ivy.
Get to it - and be in good cheer.
And when it's all over... pigs gone to clover -
Will the last man at the party wish me a happy New Year.

The house is jumping, suppers up. Curried goat in a paper cup.
Forks of plastic, knives of tin... who cares what state the goat is in.
Someone with the gift of song
has brought his pal to sing along.
Now they're turning up old Frank Sinatra on the stereo.
Posted by Jim and Heather on Meerkat at 8:58 AM

Labels: I am sure that is copywrited by Ian so if you read the whole thing sang along and don't own it yet go buy it

I wish I was in Mexico. It's too cold here.

I wish I was there too. Hell, I am cold at Latitude 34... You are at about Latitude gazillion.

Thanks for pointing me to this gem from JT. Added to the library.
Kirk