We cruised with Eric and Jackie of the Islander 41' "Makai" in 97-98 and again in 99-00.
Pals from the old days will remember them by their water-crazed dog, Teak. 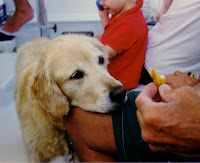 Teak would bark at the water until Jackie or Eric would throw a floaty toy for Teak to jump in and rescue.
For hours.
Days.
Weeks.
I remember Jackie from her home-made corndogs. 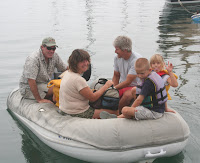 Talk about a full dinghy...

Well, Teak the crazed water dog is now in dog heaven and they now have Topaz, the water crazed dog #2.

But this one doesn't bark at the water!

The kids Roy, Genoa and Marie, loved the boat and fit right in. 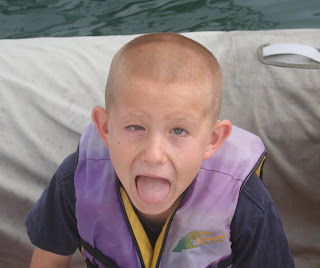 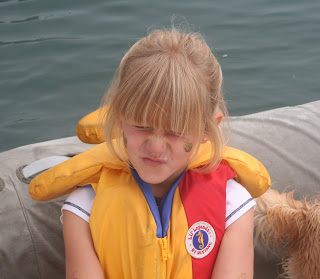 Labels: whhohoooo eric made it on the blog

The kids were all discussing which staterooms they were going to live in on your boat. Watch out!