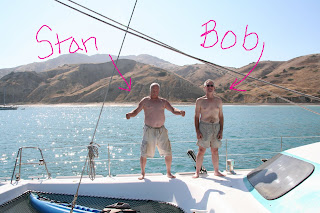 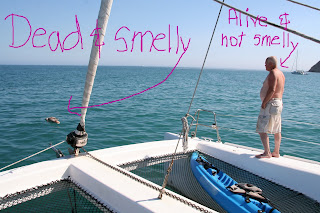 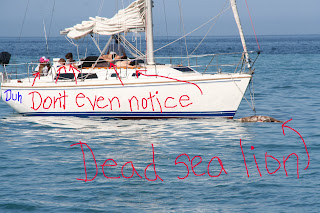 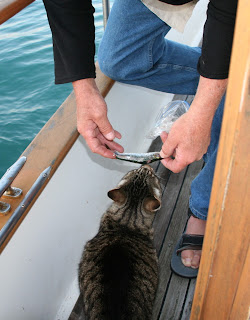 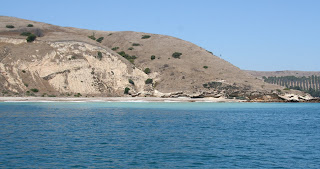 Had a nice sail with headsail alone for awhile.
Missed the can at the oilrig at a much greater distance.
No fish.
And I parked the boat again.
Posted by Jim and Heather on Meerkat at 4:19 PM

Labels: bob actually gave this lifestyle up to move to texas

Besides the red wine spill, sounds like lots of fun was had by all!

I'm going to call my brother to find out about some coaster/koozie/beverage holders he got in St.John. He uses them on his boat. They slide onto a can or bottle and then cause a suction cup like action when you set the whole thing down on a counter or flat surface. They had a beer can stuck to the mirror behind the bar. If I remember correctly they had them for wine bottles too. I'll let you know.

Hope you guys avoid hanging out with SV Duh aka SV Stinky.