Monday morning - coffee and back into the Toyota Box. We headed South along the Panamerican Highway (two lane road with no stripe down the center) towards Bagaces and the road out to Palo Verde National Park. We stopped at this small restaurant for a typical Costa Rican breakfast of eggs, pintos and rice, tortillas and cheese. It was great and a great price - less than $10 US for the four of us! 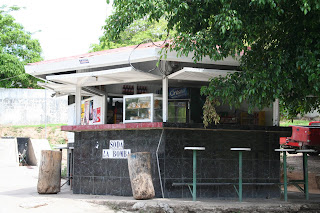 Palo Verde is known for it's bird watching. It is a lowland area around the Tempisque River with more than 50,000 waterfowl and bird species! 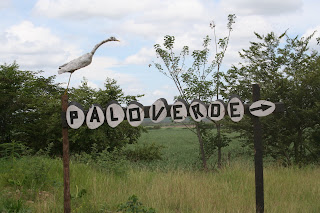 The area includes mangroves, savanna brush lands, evergreen forests, lake and rivers. The park entrance is a long way down a gravel road!

The road took us through forests and fields of rice and sugar cane.

Unfortunately we were there during the wrong time of year and the lake was dry. Our plans were to take a boat trip down one of the rivers, but no such luck as the Toyota wasn't built for the next part of the road.

Instead we enjoyed the wildlife we found! There were iguanas everywhere! 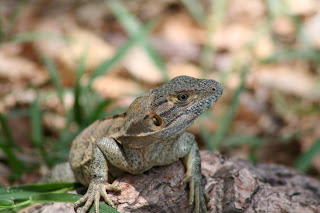 Insects (including mosquitos...) and this beautiful dragonfly! 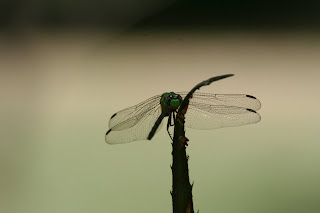 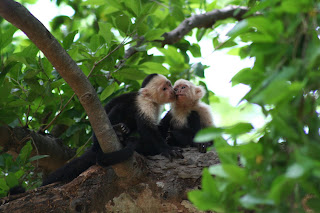 We saw at least four or five coatimundis! 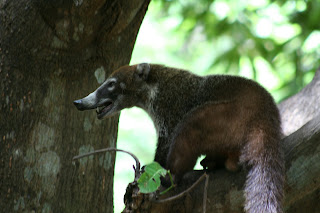 This is the pier over the dry lake.

Posted by Jim and Heather on Meerkat at 10:57 AM