Chacala to Banderas Bay ~ Turtle and Whale Show of a Lifetime!

Time to head to Banderas Bay!
The last time I had been in the bay was April, 2000, just after we had "Thistle" painted dark blue.
I knew it was going to look different, but wow, was I amazed at the changes!
Buildings, hotels, homes galore and a new marina!

After leaving Chacala, we got into an area full of fishermen's nets.
The floats they were using were water and clorox bottles ~ the ones that are about 10" long...
Yep, we caught one on the starboard keel and saildrive, but slid off thankfully.

Then the turtles!
They were everywhere! 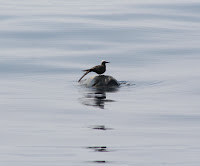 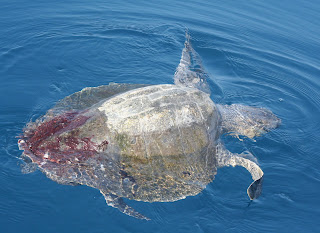 We actually went over a couple of them...
On accident, but they went between the hulls, so it was ok.
Gave them a little surfing lesson!

Then the whales.
Everywhere!
Breaching, tail slapping, jumping, amazing!
One surfaced right AND I MEAN RIGHT next to the boat and proceeded to tail slap for at least five minutes straight.
We were in absolute awe.
So instead of me typing a gazillion words, enjoy! 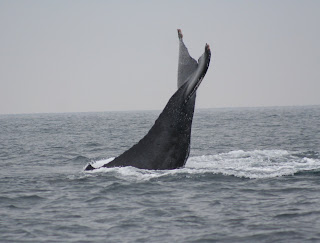 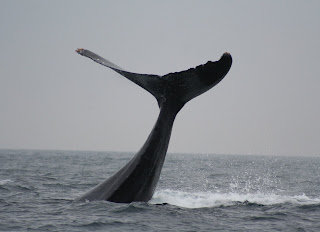 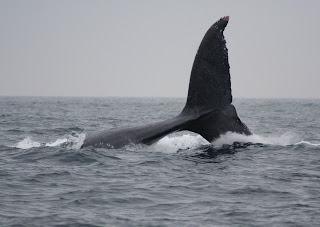 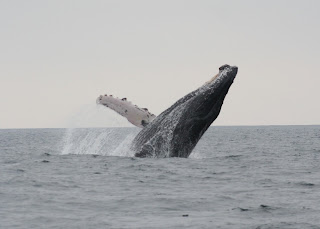 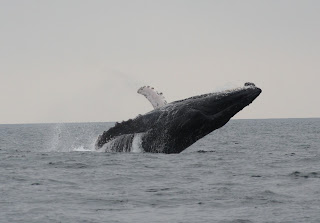 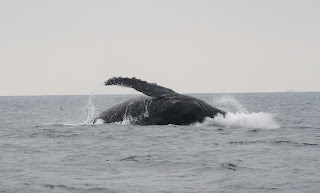 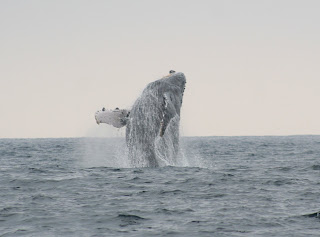 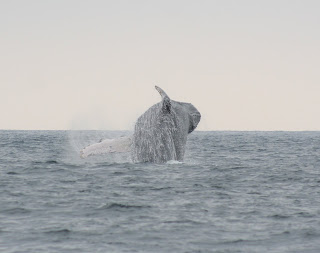 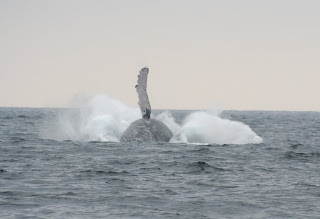 Posted by Jim and Heather on Meerkat at 8:04 AM

Thank you for the pictures of the whales those are best ones I've ever seen!

Oh my gosh!! I am so jealous! They put on quite a show for you!

They must have really liked you! Come to think of it, I remember a similar show last year, and it was in also in Banderas. It was, we think, a courting couple. They like to show off for each other and the humans at the same time! But your photos -- wow, I never saw such a spectacular series from one whale sighting.

OMG, now I'm really jealous! What fabulous pics. If I couldn't be in that particular spot at that particular time, I'm sure glad it was four friends! This event you witnessed is one thing that I really miss about cruising. The other thing is YOU!

Thanks to First Mate for mentioning your blog - what a delightful series of photos - I can't even imagine the awe of being there in person!

OH MY GOSH! Fantastic! Those are NatGeo quality... lucky you!

Heather - You're there! Yea! And the whales were so happy to see you that they put on a show just for you! I stole one of your pictures for my blog and told everyone to come look at the rest of your pictures. They are fantastic!

So, where are you and getting internet? You mean you don't have to go to an internet cafe or "up to the office" to do internet? Amazing how things change!

I wants lots of details about your time in Bahia de Banderas - former home to the Grand Poobah of Banderas Bay and the rest of the world!

Thanks for the nice comments :)
Welcome to the new people.
Suzie, can't tell you where we are getting internet (or we'd have to off you)...
We are short-timing it here and heading South tomorrow early around Corrientes. When we come back up will spend more time here.
The bay has really changed - so much building it's unbelievable.
Ron on "Encounter" says hi to Ray, Lucy, Kirby and Suzie. Also heard Sally on "Luana" check in on the local net. Will be seeing Chris and Lorry of "Hiolani" shortly.

We have been out to see whales twice. Have not seen the big jumpers but did sit with Mother feeding her calf for over 20 minutes!

how absolutely amazing! thanks for posting the pics. how delightful.

Incredible set of pics you guys - bravo ! The whales are in abundance here this year as well. I havent seen em but many have last weekend. Ive heard that some greys are having their babies in San Pedro as they are too tired to make it all the way to paradise having had to go further North for their feeding ground last summer.