The one that doesn't take crap from anyone.


The one that says what is on her mind.


Ok enough of the torment stories.

Now time for the photos.

She was also the one that made funny faces. 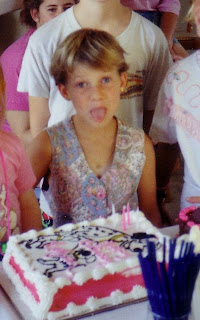 Even on her birthday...


The one that named her goat "Dennis". 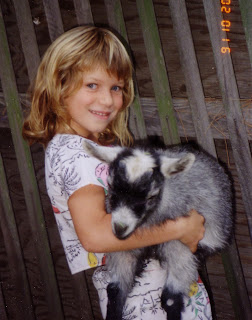 The one that could drive a boat well, and half way back from Santa Cruz Island would say, "Uncle Jim, Uncle Jim please turn the boat back around and let's stay there!" 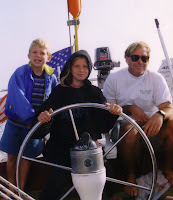 The one that knows how to work me... 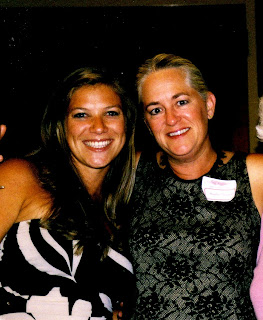 In ways the other kids don't...

This is when she
was a princess.


This is when she spent two weeks with us last year and we took her back out to Santa Cruz Island.

And this is her playing in Paris with her brother and sister!

Happy, Happy Birthday Renee ~ We love you!
Posted by Jim and Heather on Meerkat at 7:45 AM

They do! Her sister had one too - named Carmel. And I had one when I was a kid - my brother named it for me - Hannibal. I won't eat Birria (goat)...

Thanks for the b day wishes! Love you guys!

...and really, did we have to pull out EVERY embarrassing story?

...and yes I made it home. But with moving to Greensboro, visiting DC and turning 23 I've been busy.

I don't know if I'm gonna keep the blog up, it might be time to retire. I'll let you guys know though :)

love to you both!

Hey what do the rest of us get?? Can Meg and I split the boat??

Well, actually Renee there are other embarrassing stories - I didn't tell the one about you opening the door and letting all the flies in or the pork chop that was really chicken or the "he's got a wot of bwack haih on his ahms" story. Maybe next year.
Keep up the blog every once in awhile - it easier than the monthly newsletter (good try tho!).
And Jen, if you guys each want a hull...