Or karma bank deposit.
Or something.

Besides making a huge impression on us and the rest of last year's cruising fleet, the girls of "Don Quixote" made a big impression on the publisher of Latitude 38 Magazine.

Got us a little mention as well...

Click on my post title or here for the full story.
Posted by Jim and Heather on Meerkat at 6:35 PM No comments: 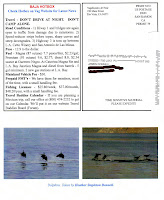 Oh yay ~ some of my photos were published in a magazine again!

Well... more like published in a monthly newsletter.
For a travel club.
For Baja travelers.

But still in print. 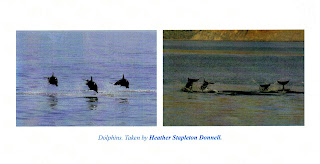 For hundreds to see.
Posted by Jim and Heather on Meerkat at 4:01 PM 2 comments:

Labels: better than nothing

Saying goodbye to a boat is one thing.
Family members are another.
An expected part of life, but at the same time unbelievably hard.
Our family losses seem to come in twos.
Last year being an exception with one.

This week we said our goodbyes to my cousin, Patrick. 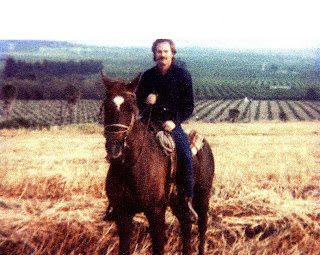 Our Irish red head, our ranch manager.
A great horseman, a jokester.
The endless story-teller, the popular "Water Guy" of Somis, the popular ultralight builder and flyer.
The all around good guy.
The first to lend a hand.
The guy who let my niece drive a schoolbus on ranch roads... when she was six.
The guy who was famous for driving his VW van thru the smoke and flames on the news.
The guy that watched for brushfires and drove around protecting neighbor ranches with his water truck (equipped with illegal flashing lights)...
The guy who flew his plane UNDER the 118 bridge (I just learned that one at the memorial).
Only fitting to have his memorial on St. Patrick's Day.

With a wake in a barn. 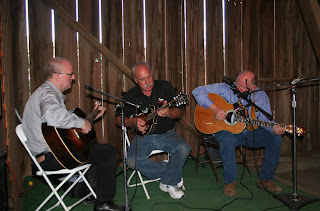 Cousin Steve (who makes guitars), Bumpy and Tomato (who is actually cousin John).
Hmmmm...
"Bumpy, Tomato and the Odd Guy"?
"Tom, Bump & Stevo"?
Ok, someone come up with a good name for these three!

When I was still in high school, John played in a popular local band and I used to sneak in to bars to watch them.
John never told anyone that I was underage.
And if I remember correctly, the band was named "Natty Bumpo".
So who was Natty? 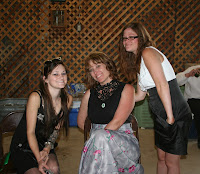 The girls...
Baby cousins ~ Megan, Meadow and Katie-Lake.
The bookends being the daughters of Patrick.
Meadow came from Tomato.

And always a ranch dog.
Glad I got my drinks before this...

And our second goodbye is to my Aunt Josephine.
Who passed away 10 days after Patrick.
Pat's Aunt too.
Auntie Jo.
Here she is way back in the cool hat days, with my grandparents and great-grandma.So another double whammy for us...
This two thing has got to end.
We will always be expecting a second one now if we lose one.
AAAgggghhh.

Lesson learned?
Live life now.
Burn that pretty candle you received as a gift.
Drink that fancy bottle of wine you are saving.
Go camping before the cancer gets you.
Go cruising.
Fly to Australia.
Go sailing.
Somehow get to Peru.
Whittle down that bucket list.

Posted by Jim and Heather on Meerkat at 8:33 AM 4 comments:

Labels: there must have been one hell of a party in heaven this week 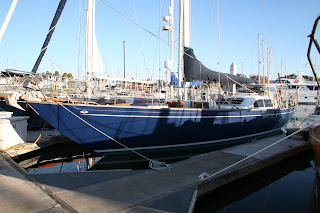 It now belongs to some guy named John.
In Newport Beach.
Near it's friend and buddy, "Toshal". 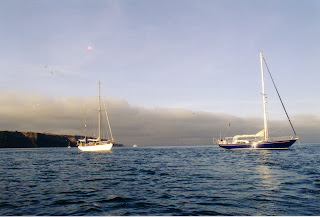 ("Toshal" and "Thistle" were best friends back in 1998 in Mexico ~ both Bill Tripp designed boats. Hung out a lot. Buddy boated a lot. Probably dated. Too bad they didn't make baby Tripps. Could have made a lot of money...)

We had a little cross between a celebration and a goodbye the other night.
Kind of funny, because Dave & Cherryl were off looking at a trawler to buy, so Jim & I pretty much made ourselves at home on our ex-boat.

Had a glass of wine.
Jim dug in the fridge and found a Sierra Nevada.

I took some pics.

Sat in the captain's chair. 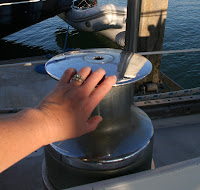 Got amazed at the size of the winches.

Got amazed at the size of the docklines.

Had a little champagne.

Said goodbye to the sink in the head.

Said goodbye to the fireplace.


Told a few stories.
Had a few laughs. 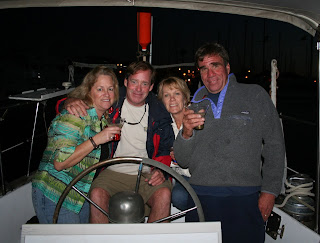 The Flowers That Just Won't Die 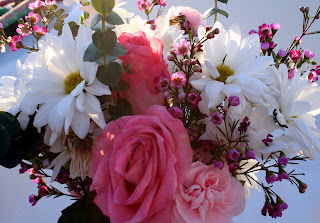 Jim bought these for me the day he got home from Oregon.
Which after all that has happened seems like a lifetime ago.
I think they were a welcome him back to me and a Happy Birthday combination.

So for my birthday I did not do this. 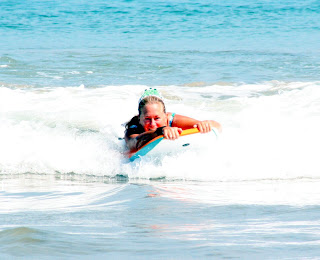 As I did last year.
I worked.
Had an awesome dinner of filet mignon and king crab legs prepared perfectly by Jim.
Enjoyed a little Oregonian zinfandel.

This was all last week however.
Let's get to the weekend.
No tsunamis.
I baked bread both on Saturday and Sunday.
Jim went fishing.
I made homemade vegetable soup.
We whooped it up way too much Friday night in the Village.
I cleaned.
Did laundry.
Took baths both days. 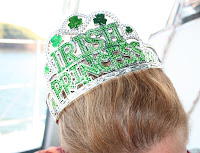 I will wear my Irish Princess crown to work. 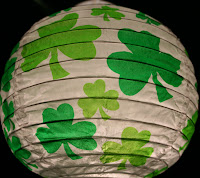 And wish I still had my lucky Irish paper lantern.

And wish I was in Mag Bay.

And say goodbye to my cousin.

I will enjoy 80 degree days. 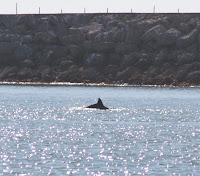 I will watch dolphins swim in the harbor.

And continue to enjoy these flowers.
Posted by Jim and Heather on Meerkat at 4:45 PM 4 comments:

Labels: winter is over right

I thought of a really great post title for this last night, and now I can't remember it.

This post will have to do with venting.
What part of "rent is due on the first" do people not understand?
Due on the first means the first of the month.
Not the fifth, tenth or eighty-thirteenth.
What part of "late fees will be applied on the 10th" do people not understand?
Not the fifteenth, twenty-first or never.
I spend the better part of my day collecting for slips and boat storage. 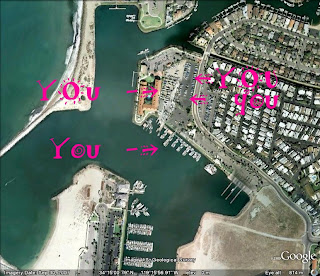 Next one.
Cancer and death.
Here we go again... 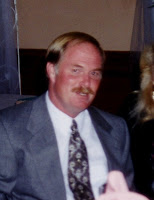 My funny, kind, sweet, amazing, full of stories, Irish, red-haired, cousin and friend Patrick passed away last week.
And I can only find a picture from 15 years ago...
Memorial to be on St. Patrick's Day.
Very fitting.
On top of that, our aunt is not doing well with her cancer.
We are going to go through this two people weeks apart thing again.
Ugh.

My boat is a mess.
Pigeon poo everywhere on the outside.
Hair everywhere on the inside.
Taxes.
No food at home.
Bills.
Our friends in New Zealand had everything they owned except their passports, one computer and the clothes on their backs stolen.
Someone stole their daughter's diaries?
What is wrong with people???
Ugh.

On a good note, I took my mom out to dinner and to see Avatar in 3D.

We made the best crab artichoke dip in the mini-crockpot.

I got a paycheck.

I went to a party at a client's house and turned out I pretty much knew everyone there somehow.

Not ugh.
Posted by Jim and Heather on Meerkat at 9:16 AM 4 comments:

Labels: and we still have the best view in the harbor
Newer Posts Older Posts Home
Subscribe to: Posts (Atom)