Assorted Pictures From Our Ventura Visit ~ Lots of Great Times!

Friday night party with Jennifer, Marsha, John and Dan.
Squished all six of us in John & Jenni's dinghy, with Jenni driving...
Jen, me and Marsha. 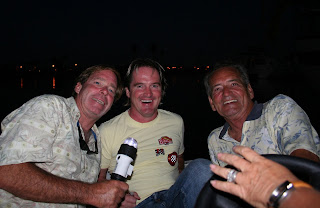 While hanging in John and Jen's cockpit, Roger, Nelson and Pamela kayaked by! 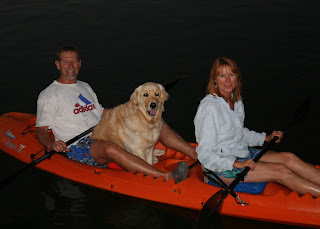 Well, Nelson wasn't really kayaking ~ he just riding...
We miss Pam's yoga classes, but she did one for us on Sunday morning on the grass at the top of the dock ~ so great!
And I was able to go to one Monday class.


And I tried desperately to teach John and Jen's African gray "Fiji" (yes, that is the bird's name) to say, "Here kitty, kitty, kitty". 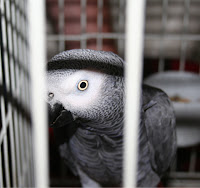 I just know when she finally says that, it won't be in my non-accent, but in John's British mumble of "Heah kidi, kidi".
John, yes I know she is your bird, but quit saying that to her!

I gave Pam and Stan their La Paz SALT! 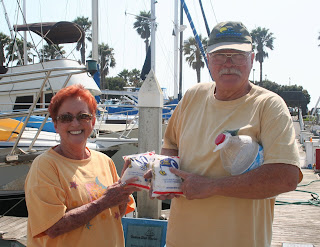 Watched a stolen boat that was left on the rocks get dragged in to the harbor. 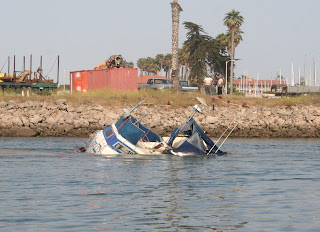 The Arrogant Bastard Boys of the trip ~ Stan-the-man, Jim and Timay! 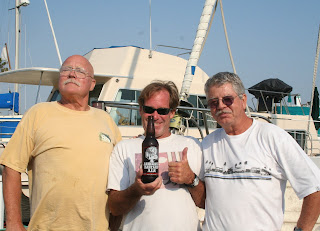 An awesome "Girl's Night" on Nancy's boat, with Cherryl, Pam and Virginia and about a gazillion snacks, a few nice bottles of vino and a movie. 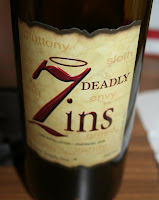 And a bunch even made it to the back of the truck to be brought down to La Paz!

A wonderful visit with our sweet brother-in-law, John and two of the three lovelies: Caitlin and Evann. 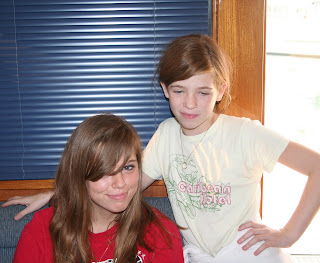 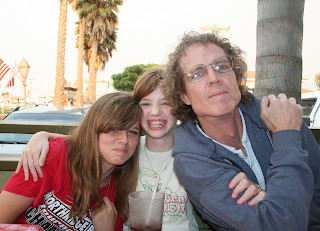 And for ONCE I had my camera down in "The Village" so we could act like tourists and pose in the signs with the face holes!
Cait and Evann 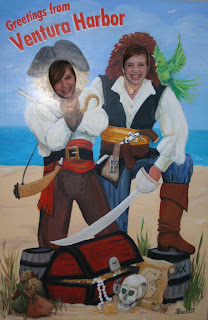 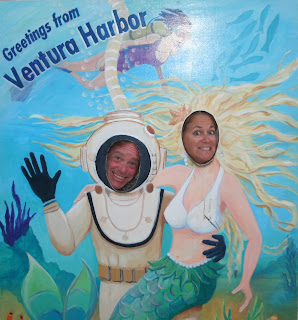 4th of July G Dock Party ~ Jim sitting in Judy's princess chair that Walt and Jim fixed for her. 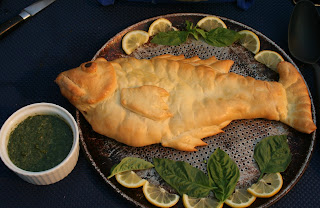 Sophie, one of several cool dogs on the dock (sorry Oso and Angel ~ I didn't get any pics of you two...) 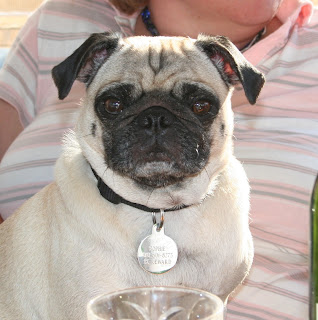 My "lichen-removal graffiti" I left for Little Lucy Lowe on her piling. 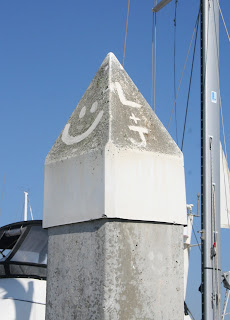 It took her a few days to find this...
I just told her that I had left her a "gift" and she would have to look for it...

Walking to "The Village" for dinner on our last night ~ John Howard, Jim and Marvin. 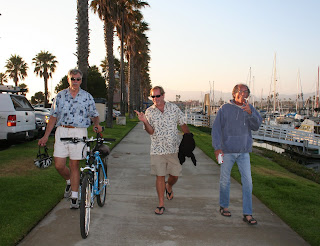 Lots of fun in Ventura!
Thanks again to everyone!
Posted by Jim and Heather on Meerkat at 3:56 PM

Wow! What fun was had!
And this is why I love hanging out with cruisers; indeed, I aim to be one myself!
:))))