Ricardo's two sons, Ricky and "Chumbo" (real name Juan Francisco - he is the one who shares his birthday with my Dad...) and his nephew, Daniel came for a visit yesterday late afternoon. 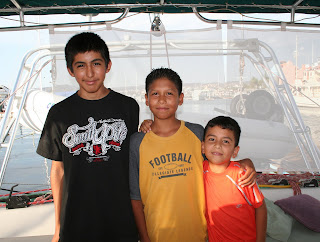 Chumbo had been here before, so he had the "pleasure" of showing the other two boys the boat ~ sort of like he got to be the cool kid who knew more than the other two, which is really good when you are the youngest one (I know this being the youngest out of five).
So he gave the boat tour with a big smile on his face!

Then they pulled out their fishing gear and some of Jim's poles.
They used stale bread as bait and are really good with hand-lines! 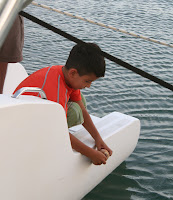 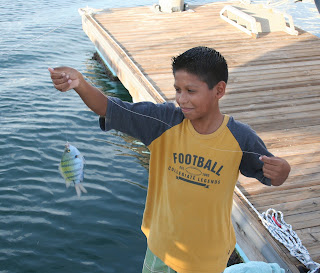 They don't even need poles!
Of course the fish they were catching were kind of small...
But they had a great time!
They played with our talking parrot (thanks Dave and Cherryl!), on the computer and on the bow of the boat! 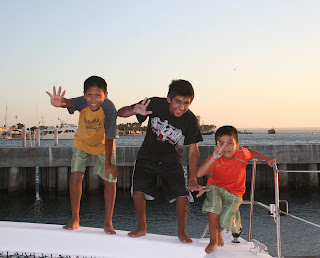 Posted by Jim and Heather on Meerkat at 8:06 AM

Labels: boys will be boys