Since I will be there instead of here on Saturday, here is an early
HAPPY BIRTHDAY MOM!
Found some old cool pics of her! 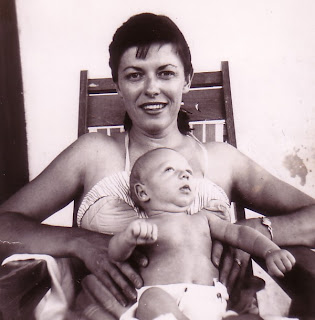 and he looks nothing like that now...
Just kidding Gary - you know you are my favorite brother!

When we lived in Scotland and she was interviewed for a newspaper article "Hot Babe Living Overseas with Kids" or some such thing . 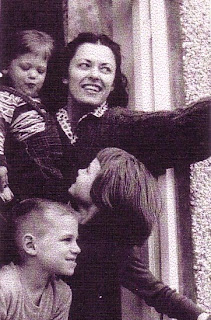 Driving her toys - our boat in Maryland and her 1964 Corvette! 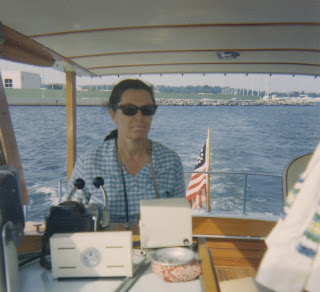 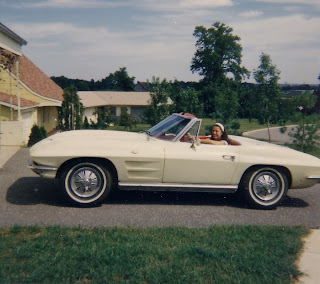 And while I am on the subject of MOM... Mom and Dad's anniversary is June 23.
If he was still alive they would have been celebrating 57 years... Yikes.
That is a looooonnnnggg time! 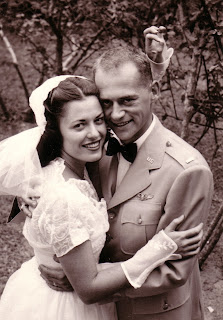 They made it to just under 55 years, so that is pretty damn good!

Especially with five kids...
The reason they made it so long was they made a deal early on:
Whoever left had to take the kids.
Posted by Jim and Heather on Meerkat at 6:44 PM

Labels: Birthdays, Mom and Dad, My Mom is better than your mom

gah, Grandma is such a babe!

haha-whoever left had to take the kids! guess it worked!