Fifteen Minutes at The Korean Festival

Lovely costumes!
Lovely fans!
Lovely smiling faces!
We just had no idea what was going on or what they were doing. 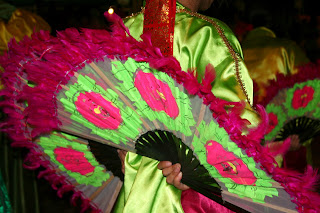 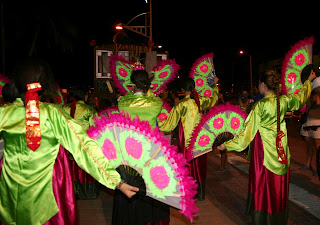 This lady didn't even have to walk in the parade.
She was carried. 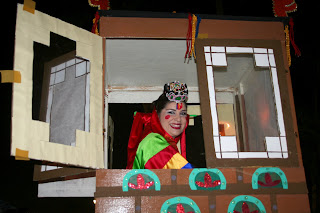 And apparently quite happy to be carried...

We weren't sure what this guy was or what his costume represented.
We were especially confused about that thing on his head with the ribbons. 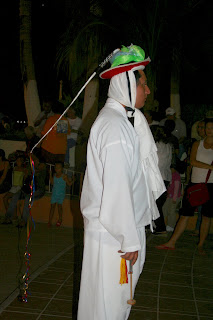 But later during the ceremony he would spin his head around in a circle, first one way then the other.
That thing with the ribbons was swinging around in a big circle.
We figured it out then.
It was to keep the bugs away.

We also weren't sure what this black widow creature was. 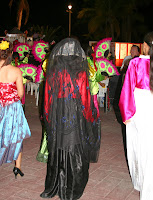 Never figured that one out.

And other than it being some kind of ceremony didn't figure this part out. 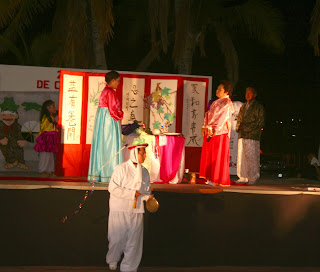 Except the guy in white with the ribbons on his head.
He was keeping the mosquitos away.

And we certainly figured out why children are afraid of clowns. 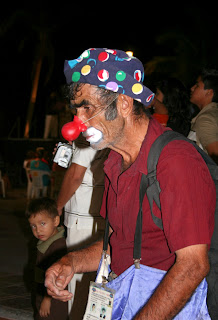 That one was easy.
Posted by Jim and Heather on Meerkat at 12:00 PM

Labels: i know nothing more about korean culture than i did yesterday morning except they have an edge on us when it comes to keeping the bugs away

You're right...that is one scary clown!!