Happy Birthday To ME!

Yea - the birthday pics survived!
(Actually I still had them in the camera...)

This was my 5th birthday to celebrate in Mexico!
Three birthdays were spent in Banderas Bay, so I didn't want to be there again...
One was in Ensenada ~ too cold.
Where to be?
Tenacatita of course!
The outer anchorage at Tenacatita, so the new birthday boogie board can be put to use!

So we said "adios" to the lagoon at Barra and "adios" to several friends.
A giant "thank you" to Chris and Lorry of "Hiolani" and Celebrity Tours.
And off we went, along with John and Debby of "Lovely Reta".
To Tenacatita!

The pre-birthday afternoon and evening was spent playing a really fun game, "Pegs & Jokers" on "Lovely Reta".
The boys won the first game.
The ladies won the second game.
We will be playing two out of three of course! 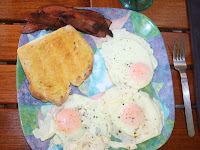 Birthday breakfast!
YUM ~ I was treated to bacon and eggs, along with thick sliced sourdough (my home-made) toast perfectly cooked by the sweet husband.
Who also cleaned up.
Thank you Jim! 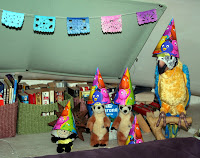 The meerkats, Fluffy and Mr. Bee Mine partied for days...
Well, they had to, because Susan's birthday is the day after mine.
So Happy Birthday to Susan too!


Off to the beach to use the birthday boogie board!

We were joined by Chris, Lorry and my pal, Jungle Joe of "Hiolani" and John and Debby of "Lovely Reta".

I have always said things on boats should have two uses.
Debby had only used her boogie board for a "bar" during "noodle parties" before.
Not so anymore.
She is now a hooked boogie boarder and her boogie board now has two uses!
Of course we were on beginner waves...
But we had a blast! 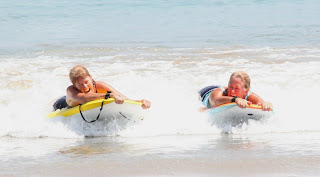 I even boogie boarded in my birthday crown! 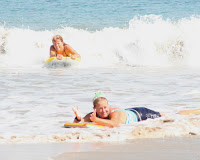 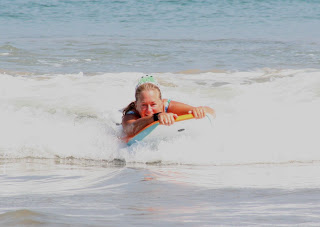 I bet this was a first on this beach...

Then a road trip in "woodie" up to the small Raicilla distillery in El Rebalsito. 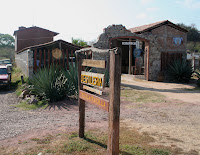 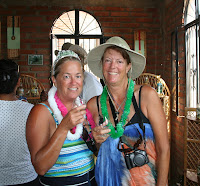 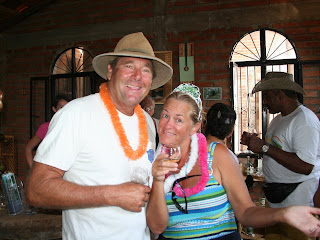 A tour, tastes and our entertaining of the other patrons and back to the beach for an early dinner. 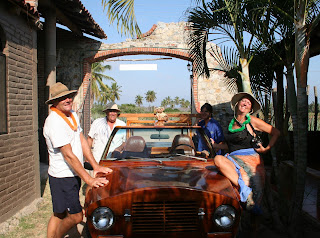 And more boogie boarding, of course!

The restaurant even brought me a cake!


Which I shared with the family of the restaurant owners... 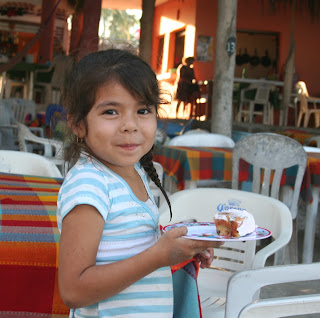 Then to the boats for cake by Debby!

Labels: what better way to spend my 48th birthday