Yikes - it's been a whole couple of days since we saw our pals, Dave and Kellie off of "Sweet Lorraine" (remember that road trip?)...
So time to get together!
Their boat is still being put back together after stripping it for hurricane season and them being away for an indefinite amount of time, so dinner on "Meerkat".
They brought salad, corn on the cob and vino.
We did 2 crockpot chickens, tortillas and arracherra.
And wine.
Don't forget the wine.

We took no pictures...
We are lacking in the documentation of our lives.

Kellie had a 1966 Ford Mustang 289 (yes, Kellie, I remembered to put the 289 in the description).
It looked sort of like this, but had a cool candy apple racing stripe or some thing. 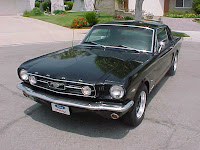 So Kellie was a cool chick.
Daddy bought it for her.

Unlike me, who bought myself my first car, a 1976 Toyota Celica GT Liftback when I was 17.

Well, actually my Mom paid for most of it and I paid her back over a couple of years.
It was a pretty blue with white interior, 5 speed, yeah baby!

Now we have Dave.
A Mercury Bobcat.
Basically a sistership to a Ford Pinto .

Yeehaw - a sistership to a Ford Pinto!

And last but not least, Jim's first car.
An AMC Hornet Wagon. 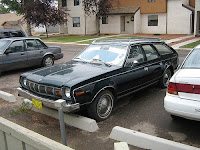 Hmmmmmm... not even sure how to describe this one...

When I was 16 (and until I was 18) I was the only kid at home.
The last of five kids.
I was it.
No one to compete with.
My parents at that time had five cars.
Yes, five.
I had cars to choose from!
Of course I always took the one with the most fuel...
And then I had to go out an buy myself one!
What was I thinking????
Drive their's!!!
So I had a choice between:
My Dad's old 1960's Chevy Pick Up (I only drove it once, cause I had difficulty with the stickshift...). It looked sort of like this: 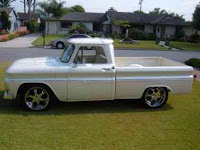 Except my brother put the "Keep on Truckin" stickers on the doors... 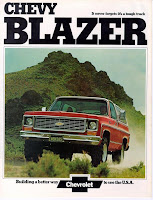 Oh, the times my sister Donna and I had in this car...
Dad if you only knew...
This was also the vehicle I did my first road trip down Baja in!

The Audi Fox.
The car with the worst electrical system in history.
Ever.

I got stuck in this car more than every other car I was in put together.
God forbid you have the radio and windshield wipers on at the same time, then turn on the turn signal...
You Stuck.

My Dad's "pre-run" Baja Bug he built.
It looked sort of like one of these.

I couldn't find a picture of our car.
Way more fun to drive than that stupid Audi.
Stick shift.
Big engine.
Loud.
Fast.
No radio... ok the Audi had it's benefits including a sunroof.
But then again, there was that electrical problem...

My Mom's 1964 Corvette Stingray (yeah, right. When she was traveling with my Dad, then I could take it): 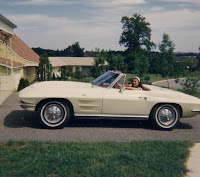 MMMMMMMMMMMMMM...
Everyone's favorite.
Until she sold it.
Then we all cried.
Hell, it was only 3 years younger than me!

So my questions are:
Who had the ugliest first car?

What car should I have grabbed on a Friday night?


Comments please!
Kellie - you first, because this post was YOUR idea!
Posted by Jim and Heather on Meerkat at 7:41 PM

My first car was a Chevy Vega. Boy, we are telling our ages now! Yes, I had to buy it myself. My parents weren't the indulge your kid with a new car type. Thanks Mom and Dad, it was a another one of your great life lessons:)

Greetings from the used car capital of Camarillo! The Greene household! Cindy and I are visiting for the weekend and Gina wanted to know how to access your blog site. (left meesage on Pale Ale 8/13 too) Here are our first cars . . . Jon 66 Dodge Cabover truck/van, Gina 72 Datsun 240 Z (cool) Cindy 66 Olds Delta 88 and I had a 68 Mustang fastback and later bought a new 78 Celica GT cause it reminded me of the Mustang. Anywho, we were missing you guys and wanted to say HI! Scott and the gang!

Hey Heather. How do you subscribe to your blog ? When i click the subscribe button at the bottom of your page it just takes me to a feed of all your past posts. any ideas ? Thanks for commenting over at mine it reminds me to see what you all are up to down there !

I think the first car I drove when I got my license was Mom's war wagon.. a 71 Mercury Marquis(I should have gotten my commercial license and started driving a bus), the list is huge from there, LTD, El Camino, Opal Manta, Toyota Land Cruiser, Toyota 4WD Pickup(the first year they came out)Chevy Pickup, VW Bug, T-bird not the cool kind, 68 Mustang, Dodge caravan, Jeep Cherokee (brand new and the biggest lemon of the bunch)Ford Pick-up and now the Miata. My favorite is the Miata... I will NEVER be without a rag top car ever again!

Not sure how to subscribe Chris - maybe just put in your favorite places and think of us every once in awhile? Can you add links or blog lists on your blog? That's when I know when to check your's as I have it linked on mine.
Any readers know how he can subscribe (all 5 of you)?

Greene Used Car Lot Gang - You guys are drinking Sierra Nevada on a Sunday morning? Hmmmmmff. When are you coming to visit us? (and bring Jim beer like you stinkpotters used to do?)
Cindy won your contest with dorkiest 1st car - yea Cindy!

Anonymous - was that LLLL - Little Lovely Lucy Lowe? Who was that?

Ok Jomamma - you win for having the most cars. And being able to remember them.
Think of the sales tax you paid! The VW Bug was a good one though - I had a 1979 VW Bug Convertible for 14 years.

I left out the Chevy pick-up Jody drove while I had the Mustang. I really didn't claim is as mine, he drove it more than me.

I should send you my recipe for shredded BBQ beef in the crock-pot. It's to die for.

We moved on to Bloody Marys at Brophy Bros at the harbor and are now making Eggplant Parm de Jon . . . (sorry,Jon can't spell it and neither can I) We will contemplate how to put a trip together and what type of vehicle we should go in. Good to hear from you. Scott,Dorky, Jon, and Gina

"Mooning Scott, Dorky, Gina Gina the eatin Machina and Jon who was so polluted at your 50th b-day party you probably don't remember we were there" - our suggestion with the cocktail situation you may be in - take a Boeing 747 here.

I remember the blue celica ( I also remember driving down the road with you and Donna in seperate cars and you both had some werid conversation things that you would hold up to talk to other drivers) and I remember Grandma's yellow corvette and grandpas big disel truck and the green and white baja bug in the garage (I used to go sit in it and pretend I was driving, Grandpa let me!!. My first car was an ugly 4 speed mustanf painted a primer gray color, it had belonged to my stepmom and we got it for $500. I think it was an 84 or something...actually my dad still has it!!

Charlie had a 1953 mercury 2 door hard top.
He will not admit to his first car...
mine was a mustang fast back yellow